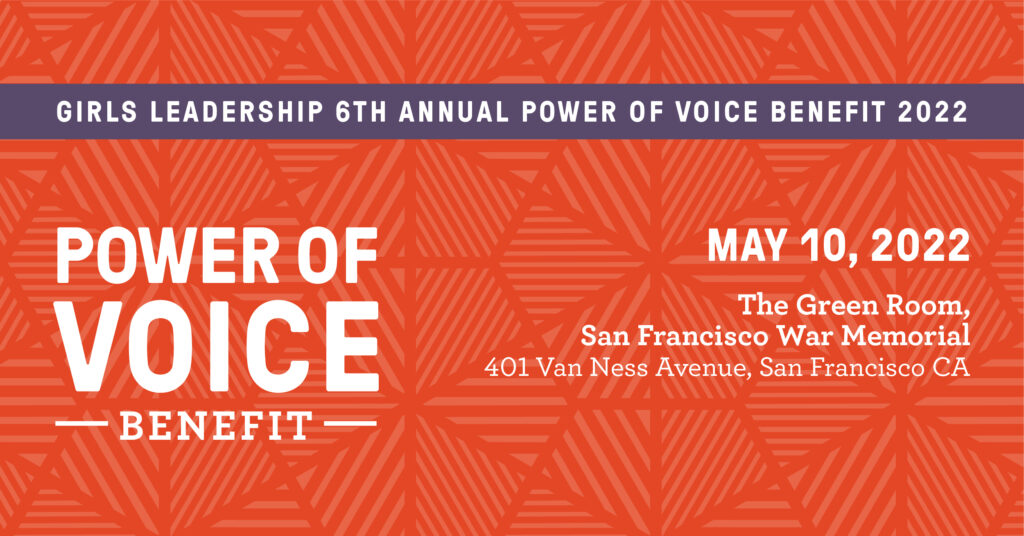 Join us on Tuesday, May 10, for our 6th annual Power of Voice Celebration to benefit Girls Leadership. Celebrate the impact of our honorees and make sure every girl knows her power. 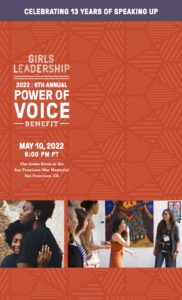 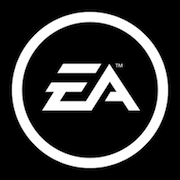 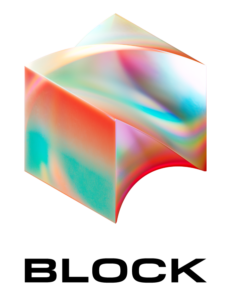 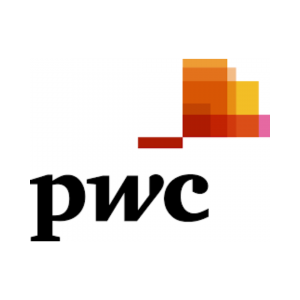 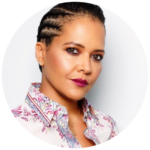 Cristina Jones is an intentional storyteller with a focus on action, impact, and culture. As Chief Engagement Officer for Salesforce.org, Cristina and her team use world-class storytelling to reach new audiences, spotlighting Salesforce.org as the technology platform built to power purpose.

Cristina believes that when people and communities thrive, business thrives. Her team integrates customer advocacy, media partnerships, and influencer strategies to build lasting relationships. She pushes past traditional marketing tactics to find new opportunities to engage the Salesforce.org community — through the voices of thousands of educators, philanthropists, community leaders, bridge-builders, and visionaries — in memorable, transparent, and relevant ways.

Cristina joined Salesforce in January 2018 from 20th Century Fox, where she helmed Fox’s Technology & Creative Strategy group, and held senior roles in the areas of marketing, technology, and franchise distribution. At Fox, she focused on user behavior research to explore how technology can be leveraged to build authentic relationships and deeper connections between audiences and storytellers.

In 2020, Cristina was named to the Ebony Power 100, and she was featured in the World Woman Foundation’s #ShesMyHero campaign. 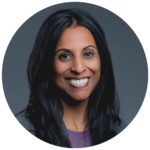 Mala Batra has served as CEO of Aspire Public Schools since 2019. Founded on a mission of “College for Certain” for all children, Aspire Public Schools aims to disrupt the historically oppressive education system. Aspire operates 36 TK–12 public charter schools across the state of California, serving over 15,000 scholars, 80% of whom qualify for free-and-reduced lunch, and 95% of whom are students of color.

Ms. Batra joined Aspire in 2011 and has managed various functions including strategy, growth, and operations — directly overseeing the launch of six new Aspire schools, designing the organization’s strategic planning process, leading Aspire’s expansion into Memphis, and supporting the spinoff of Schoolzilla to share Aspire’s data tools with the sector. Ms. Batra served as Aspire’s Chief of Staff for 3 years before transitioning to interim CEO in 2018.

Prior to joining Aspire, Ms. Batra worked for Levi Strauss & Co., Gap Inc., and Deloitte. Mala holds a B.S. from the University of California, Berkeley, and an M.B.A from Harvard Business School.

A Bay Area-native, Mala lives in San Francisco with her husband Sumit and two children, Zaiya (1st grade) and Kash (pre-school), and their dog Bru.

Mala’s WHY: “I joined Aspire because I wanted to be a part of Aspire’s promise to empower ALL young people to realize their potential. As the daughter of immigrants and an educator, I was deeply inspired by my father — who was raised primarily by his mother with limited means. He was able to pursue his dreams of attending college and teaching physics because of the adults who believed in him and equipped him to access a system that felt impenetrable. My sister and I were raised with opportunities and access — knowing that we stood on the shoulders of so many. I grew up identifying as part of a community that acted on its responsibility to lift one another up. My belief in the transformative power of education and choice – coupled with a deep sense of community, is why I do this work on behalf of our scholars and families.” 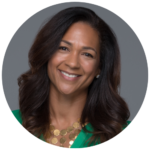 Aimee Allison is a writer, democratic innovator, and visionary champion of racial and gender justice. She is the Founder and President of She the People, the nation’s leading organization dedicated to an America redefined and inspired by women of color.

Renowned for her national efforts to build inclusive, multiracial coalitions, Allison organized and moderated the nation’s first presidential forum for women of color, attended by presidential candidates and more than 1,000 women from across the country, garnering major national press.

At She the People, Allison leverages media, research, and analysis to show the power of the women of color electorate, increase voter engagement, and advocate for racial, economic, and gender justice. In her writings in The New York Times, Newsweek, The Washington Post, and Essence Magazine, Allison has made the definitive case that women of color are the saving graces of our American democracy.

Her early experience growing up in a multiracial family and searching for belonging in mostly white communities honed her ability to build bridges with others often marginalized and dismissed. Her work is firmly grounded in finding shared history and a common vision to create new political and cultural pathways to change.

Allison holds a B.A. in History and M.A in Education from Stanford University. In the early 1990s, Allison earned a rare honorable discharge from the U.S. Army as a conscientious objector, launching 30 years of efforts to build communities and launch campaigns grounded in love, justice, and belonging. She is at work on several groundbreaking media projects highlighting the legacy and history-making impact of women of color as the vanguards for multiracial solidarity and democracy.

And as she told Diablo Magazine recently, her belief in multiracial democracy [is] “my whole life’s work … I have stepped into a very powerful legacy and will do my part to prepare the next generation.” 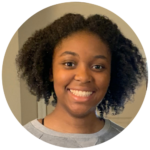 Alexandra is a member of the Girl Advisory Board, currently focusing on supporting the logistics team as they prepare for their first-ever conference. She has been a part of Girls Leadership programs for 10 years, starting with Girl and Grown-up workshops in elementary school before moving to sleepaway camp as a middle schooler, and then working as a Counselor-in-Training (CIT) in high school along with her work on the board. At school, she uses her GL skills as President of the Black Student Union, a member of activist working groups, an intern with the Learning Strategies Center, and designing for the drama department’s tech crew. She loves reading, running, and most of all, learning new things. 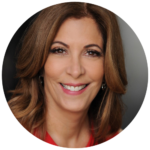 Lyanne Melendez joined ABC7 in June 1994 as a general assignment reporter. Melendez brings years of experience to ABC7 along with numerous honors and awards which reflect her accomplished career.

In 1999, Melendez won an Emmy and RTNDA for “Nicholas’ Gift of Life,” the story of a Bay Area boy whose organs were donated to seven Italian recipients. In 1992, she received the Latina Media Person of the Year Award from New York University, the Asociación de Cronistas de Espectaculos Award for Reporter of the Year, and the Outstanding Person in Communications Award from the Puerto Rican Institute of New York.

Melendez came from CNN-SPANISH in New York where she worked as a senior correspondent and substitute anchor. She’s also worked at television stations in San Juan, Puerto Rico. She began her broadcasting career in 1984 as a production specialist at WTMJ in Milwaukee, Wisconsin. 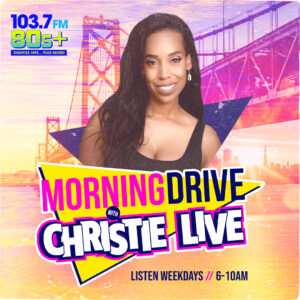 Radio personality and event host Christie James has been rocking a radio mic since 2004. She caught the radio bug while serving in the U.S. Navy working for the American Forces Network in Sardinia, Italy. Christie, a military and radio vet, can be heard daily as the host of one of the country’s only all-female morning shows “Morning Drive With ChristieLive” on 80s+ @ 103.7 FM in San Francisco. You can also hear Christie playing dance anthems on PRIDE Radio nightly on the iHeart Radio app. If you’re in the mood for Hip-Hop and Throwbacks, check her out on V101.1 in Sacramento and JAMN 107.5 in Portland. Christie’s versatile communication style, positive vibe, and love for ALL music have allowed her to stay consistent and relevant across various formats.

Christie is also a standout community member, donating time to support causes that are near and dear to her heart. As a member of the LGBTQ community, Christie produced the women’s stage for San Francisco Pride for seven years, Oakland Pride for five years, and is currently on the board of Oakland PrideFest. She is ingrained in her community and has worked with several charity organizations including the Chron’s & Colitis Foundation, American Lung Association, and the Queer Cultural Center to name a few. When she isn’t working you can find her … working! Blame it on the Virgo tendencies. On her off-time, she can be found DJing aboard Olivia cruise lines, and at weddings and community events. Christie was also selected as the Treehouse DJ for the Oakland Athletics. Christie’s passion for music and people is her life. She is the life of the party or the “PIFE of the LARTY” depending on how many drinks you’ve had! 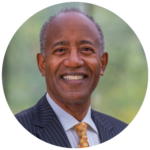 Ron Tyler is a Professor of Law and Director of the Criminal Defense Clinic at Stanford Law School. Professor Tyler’s scholarly agenda focuses on self-care skills for lawyers and criminal practice and procedure. His most recent publication in 2021 is “Criminal Practice, A Handbook for New Advocates,” 1st Edition, (Foundation Press) (co-authored with SLS Prof. George Fisher and UCLA Prof. Ingrid Eagly). In 2020, his blog post for the SLS Legal Aggregate, “Police Use of Force, Training, and a Way Forward After the Death of George Floyd” (co-authored with Criminal Defense Clinic Associate Director Suzanne Luban) yielded national and international media exposure.

Before joining the Stanford Law School faculty, Professor Tyler was an Assistant Federal Public Defender for 22 years in the Northern District of California. He is active in several nonprofits, serving as General Counsel and on the Executive Committee of the American Civil Liberties Union, Chair of the Board of Regents of the National Criminal Defense College, and Secretary of the Board of Directors of the GRIP Training Institute, a California nonprofit dedicated to personal and systemic change for incarcerated persons.

Professor Tyler received his B.S. in Computer Science and Engineering from the Massachusetts Institute of Technology in 1981 and had a brief career in high tech before changing his focus to law and public interest advocacy. He began law school as a Tony Patiño Fellow at Hastings College of the Law and earned his JD from UC Berkeley School of Law in 1989, where he served as Notes and Comments Editor on the Ecology Law Quarterly. After law school, he clerked for U.S. District Court Judge Marilyn Hall Patel.

Vaccination Policy
While the city no longer requires proof of full vaccination, for consideration of all guests and their loved ones, please attend only if you are fully vaccinated. We will check vaccination status at the door. As an alternative, we will also accept a negative PCR test within the last 24 hours. Well-fitted masks are requested while not actively eating or drinking. 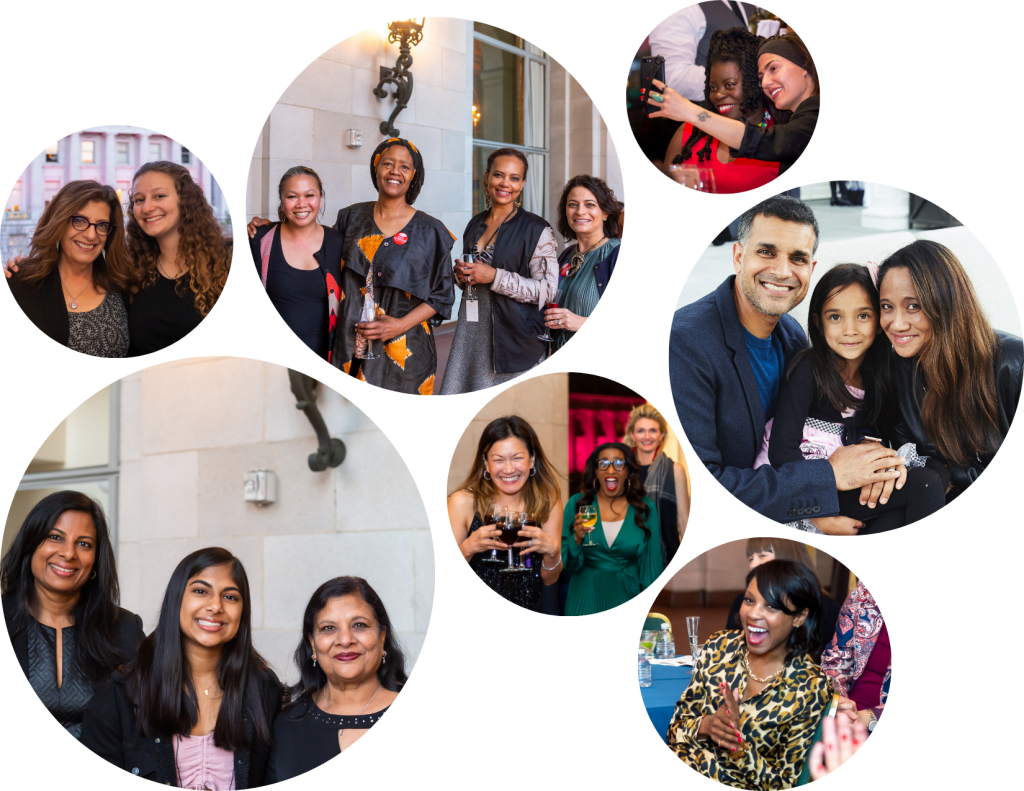