Resources › Blog › The Things We Cannot See: Changing What We Think, Want and Believe When It Comes to Girls and Power

Which of the following facts are women’s leadership issues?

(a) Girls and boys are less likely to support other girls in leadership positions.

(b) Mothers display bias against girls as leaders

If you answered “c,” you’re right.

Last month, Harvard’s Making Caring Common Project published these findings in “Leaning Out: Teen Girls and Leadership Biases.” In a survey of thousands of girls, boys and adults, researchers discovered persistent bias against girls as leaders – and, most troublingly, bias from moms and girls themselves.

The news came as a surprise to many. Aren’t girls the ones going to college in greater numbers, scoring better grades and increasingly earning more money than men?

The answer is “yes, but.” Despite all the gains girls have made, cultural attitudes are still catching up. The data make clear that it won’t be enough to change the laws that once locked girls out of equality. We’ll also need to examine the things we cannot see: what we believe, think and want when it comes to girls and power. If we want to change the face of women’s leadership in this country, we’ll need to start with girls.

To do it, we need to change the way we think and talk about girls’ leadership. 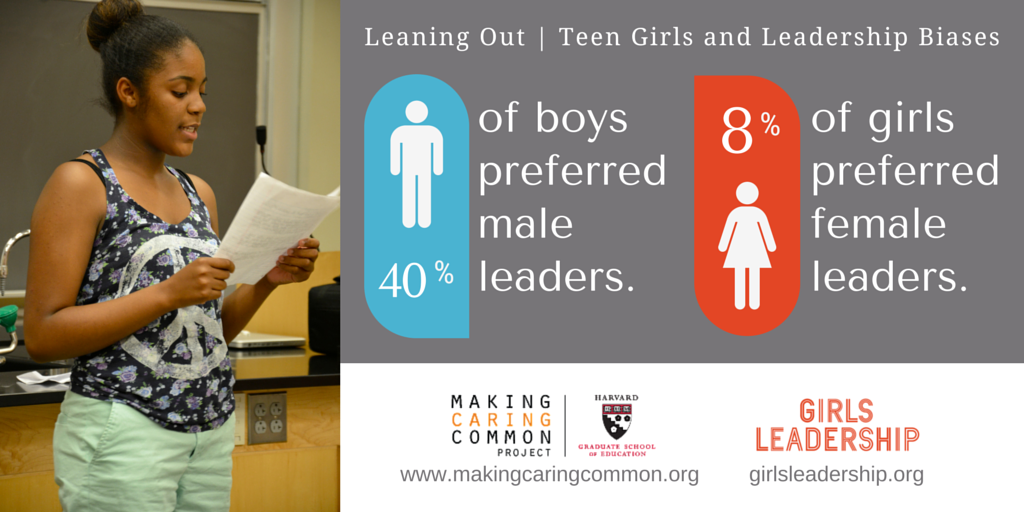 One of the study’s most troubling findings is that girls aren’t supporting other girls. There is a long history of portraying girls’ in our media as competitive, petty and catty. Representing girls as rivals – for the attention of a romantic interest, or to be the prettiest, thinnest, or richest — is a lucrative, sought after form of entertainment. In a culture that traffics in making its women and girls feel less-than and not enough as they are, it is a world of entertainment consumed by men and women alike.

To fight a culture that wants to divide women, we’ll need to cultivate a group girl power mentality. That is, we need to make girl power, and girls’ leadership, about more than helping a single girl become a student council president, science fair winner or coder. We can’t invest in girls’ leadership without investing in a community of girls leading. 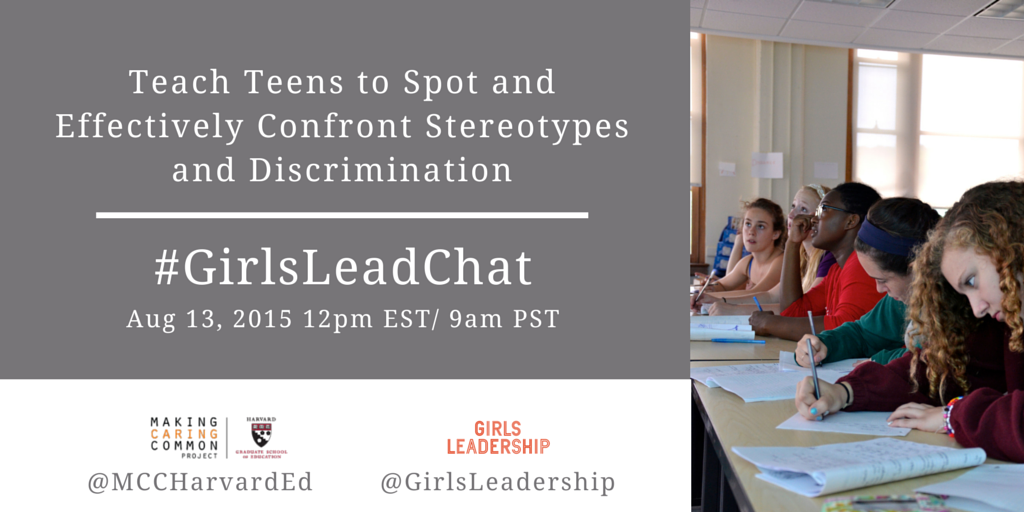 So it will not be enough to teach girls how to lead. We must also challenge stereotypes about women and girls as untrustworthy, and incorporate this work into our classrooms, programs and research.

We can also do more to show girls that supporting each other benefits all girls. Consider writer Ann Friedman’s “Shine Theory,” the idea that you should befriend rather than compete with the women who intimidate you.

“Surrounding yourself with the best people doesn’t make you look worse by comparison,” Friedman wrote. “It makes you better.” A rising tide lifts all boats.

Another way we must think differently about empowering girls is to remember that girls’ leadership is women’s leadership, too. Yet conversations about women’s and girls’ leadership rarely happen together. There was almost no response to the Harvard study from the women’s leadership world. Why? The leadership pipeline doesn’t begin on the first day a young woman goes to work: it starts the minute a girl begins learning how to speak up, work with peers, handle conflicts and take risks.

The areas where women struggle psychologically at work – assertiveness, dealing with negative feedback and self-promotion – can be clearly observed in young girls. When we silo the women’s and girls’ leadership movements, women and girls don’t talk with and learn from each other. We all miss the opportunity to leverage the full strength of our resources, advocacy, and potential.

By the time a young woman goes to work, bias has already set in. The MCC study cited a 2013 Gallup poll showing that 35% of adult respondents would prefer to have a male boss while only 23% would prefer to have a female boss. Women preferred a male boss even more than men. Girls internalize messages early on about their own ability and potential to lead. By working with girls right now, we can stop bias before it starts.

We need the women’s leadership community to pay more attention to our girls. If we don’t, we’ll miss a huge opportunity to teach and grow girl leaders at their most formative developmental moments.

on Career     by Rachel Simmons     on Leadership