When our partners at Morgan Stanley saw the results of our Ready to Lead report, they stepped up to ensure that schools, parents, and community-based organizations would know about these findings. Morgan Stanley sponsored a report launch that included not only the design of the report itself, but a series of roundtable conversations around the implications of the findings for different audiences. This included an initial roundtable by and for the girls at the center of the research, another addressing implications for the future workforce, and a third to unpack the findings for parents and caregivers.

“Effecting positive and lasting change for diverse communities is a central goal of our Firm’s D&I efforts, and this campaign is a significant step in doing so for Black and Latinx women.” 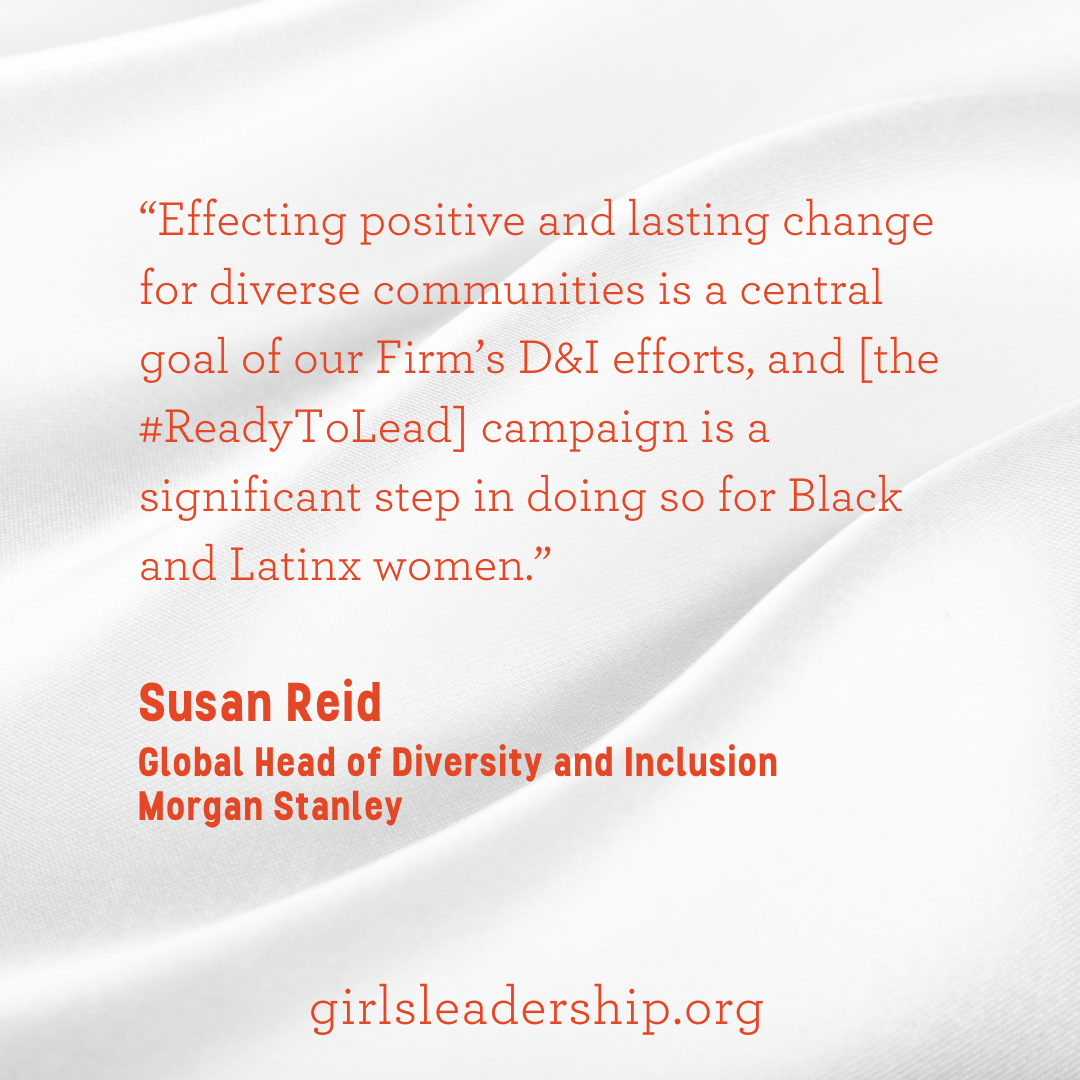 Morgan Stanley not only supported the impact of these findings in education and youth development, they designed internal conversations to look at the role of the research within Morgan Stanley’s culture. In March, Morgan Stanley hosted a fireside chat with Girls Leadership Co-CEOs Simone Marean and Takai Tyler. They also offered Girls Leadership’s signature Girl and Grown-Up programs to team members over two weekends to ensure that their own team members had the awareness and the skills to raise resilient girls within their own home.

Last August, Morgan Stanely committed to deepening conversations at the intersection of race and gender when they invited Girls Leadership’s co-CEO to join their Institute for Inclusion. This group meets four times a year to think critically about how to create an inclusive environment within Morgan Stanley, as well as in the communities that they serve and support through business and philanthropy.