Our friends at MEDIAGIRLS are all about using social media for good, in ways that make girls feel positive and strong. They define a #REALMEDIAGIRL as one who uses her social media to be authentic, speak up for what she believes in, and lift up other girls and women. More and more we’re seeing celebrities start to use their own platforms to do this, and MEDIAGIRLS asked their Youth Advisory Board to weigh in on which female celebrity they think is most killin’ it.

Of these five amazing choices, who would you vote for?

Read below to see their nominees, and find out who won the @mediagirls Insta poll. 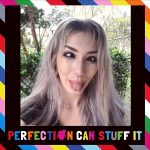 She is such an amazing, inspirational, emo queen that I feel like it’s about time that she finally gets recognized for being who she is. She is a great makeup artist and even embraces who she is without makeup. In one of her posts, she says, “I’ll always have days where I don’t like what I see, but tell yourself you’re important, beautiful and unique.” Even though I don’t like makeup, personally, I still find her to be just as inspiring. Evangeline DeMuro will always remain one of my favorite inspirations. 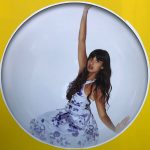 Over the past year, this actress, model, and activist has given a voice to all women. She has spoken up against powerful people, despite potential consequences, to voice her opinion and to help women. Specifically, she stands up for women of all body types and promotes body positivity. She uses her wide platform to encourage women to speak up and use their voices. 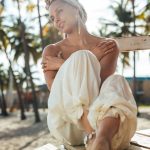 Alicia Keys’ music was basically all I listened to. I loved her songs and her style. She is very talented and beautiful, and I wish that I could grow up and be like her. She embraces herself and other people for who they are. Looking at her posts, she is so involved with supporting other people. 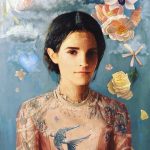 She is a really cool lady. She is an outspoken feminist. She is very real and gives you the truth instead of being fake. She talks about the pressure of being in the media and she definitely deserves this award! 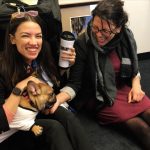 I chose Alexandria Ocasio-Cortez because she uses her platform to raise awareness about important issues and fight for equality for minorities. All of her posts are focused on fighting for what’s right. She’s extremely inspiring and is also the youngest woman to ever serve in the United States Congress.

And the Winner is… 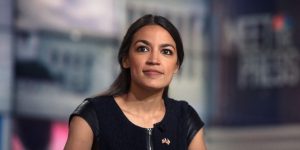 A few of the reasons AOC won:

She uses her platform to raise awareness about important issues and fight for equality for minorities. All of her posts are focused on fighting for what’s right. She’s extremely inspiring!

Alexandra says it like it is, and she feels like one of us, not just someone spouting political thoughts that keep is safe. She advocates for all of us!

She became the youngest woman to ever serve on U.S. Congress, at age 29, which is so cool!

AOC is really good at using social media to engage with the public, but understands the health risks of it too, stating, “I think it has effects on everybody: increased isolation, depression, anxiety, addiction, escapism.”

This piece was originally published on MEDIAGIRLS.ORG and is republished with permission. Michelle Cove is the Executive Director of MEDIAGIRLS®, a nonprofit organization that teaches girls how to critique the way girls and women are portrayed in pop culture with an emphasis on creating empowering content.