Resources › Blog › How to Watch the Warriors Win With Your Kid

The Girls Leadership headquarters are based in Oakland, CA – a.k.a. Warrior Ground. This week we are gearing up to revel in the NBA finals. The stories behind this Warriors team include so many great examples to unpack with our kids. Here are our top five conversation starters:

Question: The first year Curry and Thompson were on the team they averaged 17 & 12 points, and now they are averaging 22 and 21 points per game. What do you think made the difference?

• There are two ways that we can approach challenge: Fixed Mindset is talent-based, you have it or you don’t, and Growth Mindset is effort-based, the more you practice the better you get. While the “Splash Brothers” both come from NBA dads, and clearly brought talent to the table, their steady improvement over the years shows that hard work is paying off. If they had believed that their success was all about their talent, they never would have gotten close to this moment.

• Thompson practices Growth Mindset in his 15 – 20 minutes pre-game routine. Is there “Klay Thompson Pre-Game” that would help you improve at something you love? 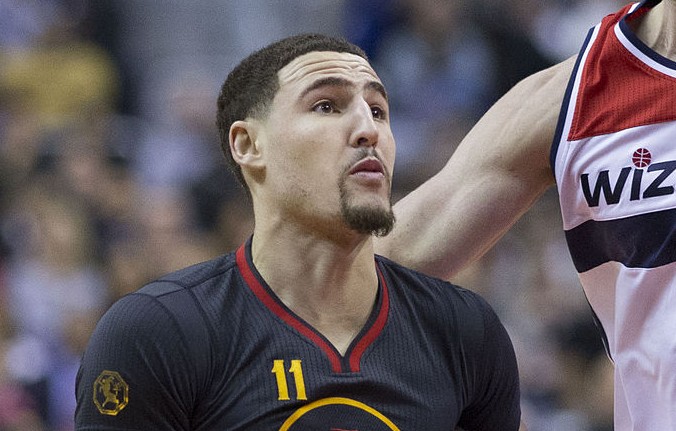 Question: How do you think Curry felt when Coach Kerr told him he had to “D up” after only being the coach for two weeks?

• Kerr said that Curry was excited by the challenge – he liked it and took the feedback to heart.

• Sometimes when we are criticized it is hard to hear, because it feels like people don’t like us as people. “He hates me,” some people say when they get feedback. Usually when constructive criticism is coming from a teacher or coach it is because they believe we have the potential to do better.

• Constructive criticism, when it is about what we do (in school, sports, arts, at home), and not who we are, is an incredible gift that should be recognized with gratitude. Look what owning his defense weakness did for Curry! 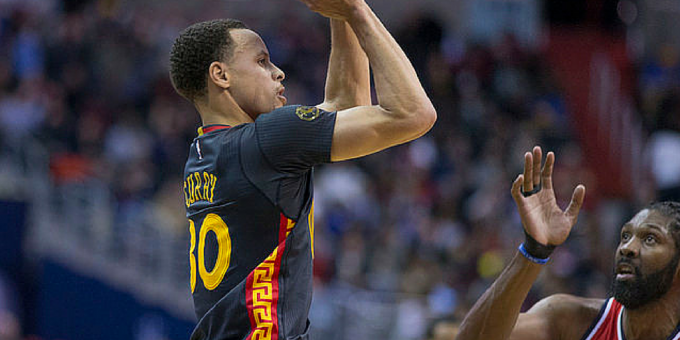 ON PUSHING PAST FEAR OF WHAT OTHERS THINK

Question: Why do you think Curry, an MVP, got passed up by all the top college ball coaches? How must that have felt for him?

• They say he didn’t pass the “eye test”, meaning at first glance he didn’t look like an all star—he was too short and too slight. He was judged countless times in high school and knew most coaches wouldn’t let him play. While that must have felt hard, he didn’t let them dissuade him.

• Often when our kids are faced with the fear of “what will people think?” we tell them that everyone will love them, and that people don’t judge. Kids can see through that, and the research backs them up. Instead perhaps we can take a page from Curry’s book and accept that yes, people will judge, but we don’t need to be consumed by what others think. We can always prove people’s judgments wrong by demonstrating otherwise.

Question: What does this team do to function well as a team?

• When Kerr took over as coach last year he took down the individualized All Star photos in the practice room and replaced it with a group photo, emphasizing the collaboration needed to win.

• This team knows each player’s strength, and lets them shine. There are constant signs of a healthy team in their words (Curry’s MVP speech mentioned every player, the security and the equipment manager), and actions.

• When we don’t talk about the glaring gender inequity in sports we normalize it. Girls and boys learn very early that “girls don’t play ball.” The impact of this belief is played out at countless recess choices and after-school activities every day. No wonder that by age 14 girls are dropping out of sports at twice the rate of boys.

• If you’re watching the NBA finals with your kids, know that the WNBA season starts this week too, with 12 teams playing around the country. There is a long history behind the inequality of the NBA, started in 1946, and the WNBA, started in 1997. It is worth revisiting the story of Title IX together.

• Participation in sports has a powerful impact on all kids, including healthier body image, increased confidence, practice in leadership and teamwork—powerful skills in life. So check out the local college or university game schedule next winter.

Just don’t mention Riley Curry or else your kids will want to stay up till the end of the game too.

on Parenting     by Simone Marean     on Sports