“An underpinning of all of our lessons during the summer, and in general, is social change. We are intentional about creating specific time and space to reflect on how to create social change, and to recognize the steps of social change. At the reunion for our Overnight Summer Program, we explored this through the concept of anonymous extraordinaries. It highlighted all of the individual leadership that takes place before, and around, a social change agent like a Martin Luther King Jr.” says Cora Garner, our Summer Program Director. 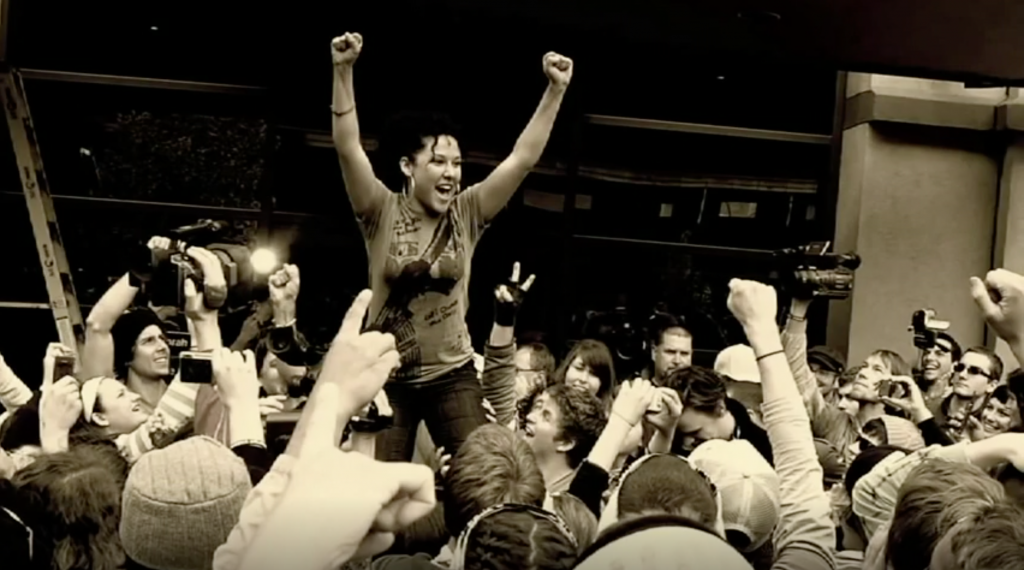 One of the most powerful moments of this reunion weekend was the lesson about “anonymous extraordinaries” where we reflected on how all of us are part of creating social change on a daily basis, in small and large ways. The girls watched a Ted Talk by Natalie Warne, who was instrumental in creating a successful campaign for Invisible Children as a teen, where she shares,

“Anonymous extraordinaries are people who work selflessly and vigorously for what they believe in. People who are motivated by conviction and not recognition.”

The girls took time to identify the anonymous extraordinaries who have enabled them to have various opportunities in their lives. They reflected on who created their schools, community centers, and the programs they get to participate in. Often times, they did not know the identity of the person(s) who came before and laid the foundation for their experiences. This fueled a curiosity and desire to learn and increase their awareness of these anonymous extraordinaries that have helped shape their world. 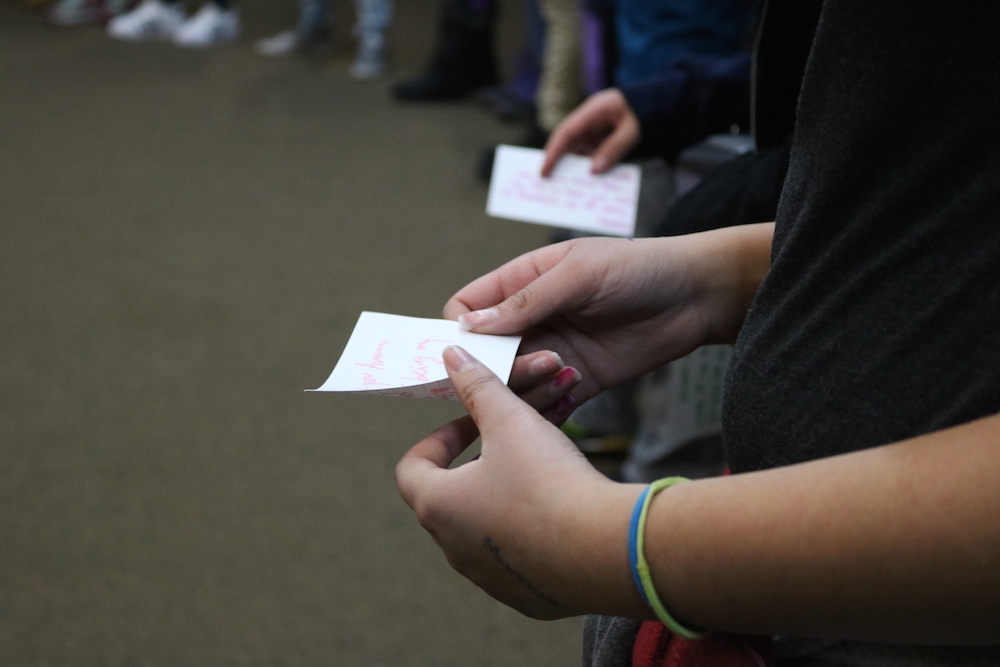 Once the girls expanded their sphere to recognize the many anonymous extraordinaries who have influenced their lives, they were then able to gain a new perspective on those closest to them.

“I just realized how much my mom is an anonymous extraordinary. She’s an activist, she shares things with me, and I know I need to listen to her more,” shared one of our seventh-grade participants.

We then encouraged the girls to think of ways that they themselves were anonymous extraordinaries. 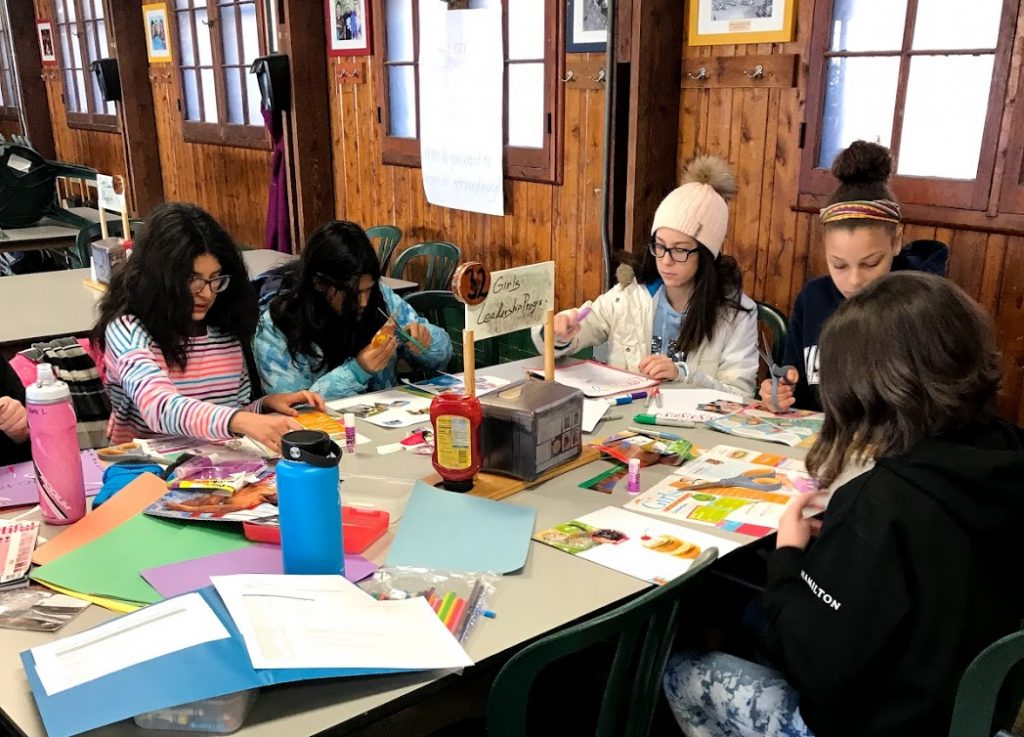 It was difficult for them to name these things at first.

There was a long moment of silence as the girls gave themselves the permission to call themselves anonymous extraordinaries and own how they are influential changemakers. Then, bravely and powerfully, they started to share how they are creating change in their communities through:

The girls celebrated each other for their extraordinariness and recognized that together they are creating meaningful change. 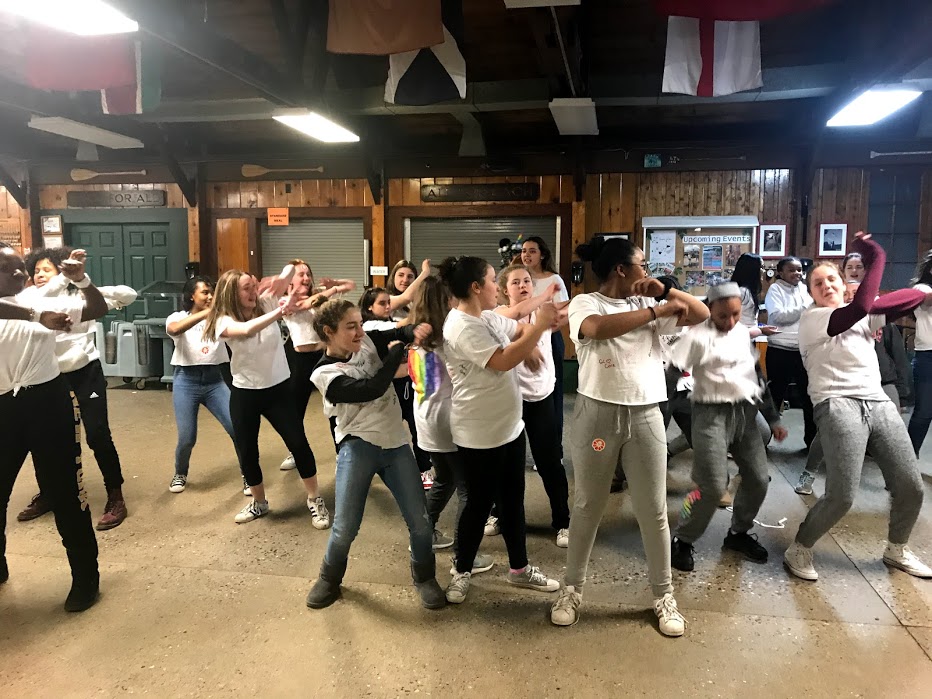 A habit you can start at home is recognizing the big and small contributions of young changemakers in your community. Have your own anonymous extraordinary discussion with your girls!

**Note: This activity can be done in a group setting or as a discussion between you and your girl. If discussing as a pair, you may elect to have a conversation about the questions in lieu of journaling.

Background: Natalie Warne did not let being too young stop her from running a successful campaign for the Invisible Children project. In this talk, she calls on young people everywhere not to let age stop them from changing the world. When she was 17, Natalie Warne learned about the Invisible Children Project — a campaign to rescue Ugandan children from Joseph Kony’s child armies. As an intern for Invisible Children, she led a nationwide campaign for the project. She successfully got the campaign featured on the Oprah Winfrey show, a victory that dramatically raised the profile of the movement.

Pair Reflection: Give girls a few minutes to reflect and journal on the following question. (15 minutes)

Self-reflection: Give girls a few minutes to reflect and journal, and then have a large group share-out. (10 minutes)

We are accepting applications for our 2018 Summer Overnight Program for girls entering grades 6 -12.