Resources › Blog › Does this costume make my parenting look bad?

“Can we go get Halloween costumes?” has been the daily question at our house since October 1st. The question usually elicits an internal sigh, followed by a self-reflection on why I dread this topic so much.

One quick search for girls’ costumes online and the variety of sexy pirate (superhero, doctor, etc) costumes answered that question.  But, what I also realized was that I care how people might judge me (and my parenting) based on what costume my children choose. 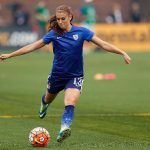 After a few more moments of crazy, I realized that I had a choice. I could manipulate their costume choices by not-so-subtly suggesting alternatives that would reflect well on me. Or I could look at Halloween through my Girls Leadership lens. In our workshops, girls and parents learn about authentic self-expression and practicing empathy not judgment.

What if I looked at Halloween as simply a chance to play someone or something else for a night? It doesn’t define who we are or even what we ultimately want to be. It’s a chance to play around with roles and try out new boundaries. 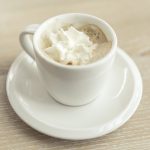 Rather than judge my daughters’ costume choices, I’m going to use Halloween as a chance to understand what it is about belly buttons, Alex Morgan, and hot chocolate that is appealing to my girls at this moment in their lives. And, because the odds are high that one of them will change their mind at least three more times, I look forward to the opportunity to talk about all of the possibilities of characters, inanimate objects and real-life heroes that they can be.

Actually, now that I’ve had a chance to properly over-think it, Halloween can be a great conversation starter about gender roles and cultural expectations as well as a great time to talk about why girls can be anything they want to be. Does this mean that I will think that an age-inappropriate outfit is ok? No, but hopefully it can open up an insightful and honest conversation about why she’s making that choice.

So, I’m letting go of costume anxiety in favor of embracing who or what my daughter feels like playing on this one day in her life. No judgment, no angst. Sounds like a treat to me.