According to our Ready to Lead report, Black and Latinx girls are the most ambitious and most prepared leaders compared to other ethnic groups. Early in life they face external challenges with a teaching force that is mostly White, and later in life face the same challenge with upper management.

Sponsored by Morgan Stanley, this hour-long panel was the second in a series of roundtable discussions around our research report, Ready to Lead. Featuring workforce experts, the roundtable covered implications of the research on future workforce. What will be the path to change in companies? How are they addressing the barriers Black and Latinx women face to build the most inclusive leadership? 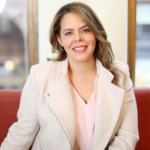 Karina Cabrera Bell is Co-Founder of OpenAccess, a boutique talent strategy firm working with companies to close the gender equity gap in the workplace. The firm places executive women in leadership roles and shapes workplace cultures where women can thrive.

Prior to OpenAccess, Karina spent more than a decade working at the highest levels of government. At the Obama White House, Karina led the Congressional Affairs and recruitment efforts within the Presidential Personnel Office. She created strategies to recruit world-class talent to join President Obama’s political team across all agencies, contributing to the most diverse federal workforce in history.

Previously, Karina worked as a Special Advisor to U.S. Senator Kirsten Gillibrand where she advocated on behalf of women and families. She also spent a number of years working for New York City Comptroller William C. Thompson where she helped connect underserved communities to financial services and educational resources.

Karina is a tireless advocate for her community. She serves on the Community Advisory Panel for KQED and is a board member of Girls Leadership. Karina has been featured in Forbes, ABC News 7 and Univision. She was named Latina of the Year for El Diario La Prensa, the oldest and largest national Spanish-language newspaper. 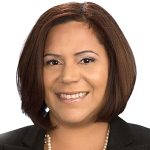 Anilu Vazquez-Ubarri is a Partner and Chief Human Resources Officer at TPG. TPG is a global investment firm headquartered in San Francisco, California, and Fort Worth Texas, with approximately $83 billion in assets under management and 14 offices around the world. Anilu joined TPG in August 2018 as the firm’s first Chief Human Resources Officer, to help build out the HR function and continue to improve on what was already a great firm culture. Anilu also serves as a member of the TPG Holdings Committee and co-chairs the TPG Diversity Equity and Inclusion Council with co-CEO, Jon Winkelried.

Prior to joining TPG in August 2018, Anilu worked at Goldman Sachs for more than 11 years, where she most recently was the firm’s Global Head of Talent and Chief Diversity Officer. In this role, Anilu was responsible for evolving and driving the firm’s recruitment, learning, leadership, talent, and diversity strategies as well as ensuring that the firm’s diversity priorities were integrated across all talent initiatives.

Anilu currently serves on the Boards of Teach for America-Bay Area, LatinoJustice PRLDEF, Upwork, and the Vera Institute of Justice.

Anilu lives in the San Francisco area with her husband, Marcos Vigil, and their two children. 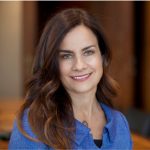 Prior to joining Morgan Stanley she was the Global Client Segment and Strategy executive for Merrill Lynch Wealth Management. In this capacity, Ileana focused on international financial advisors to ensure the delivery of a consistent, goals-based wealth management experience for international high-net-worth and ultra-high-net worth clients. Prior to this role, Ileana was head of International Credit & Banking within Bank of America’s Global Wealth & Investment Management (GWIM) Banking group. In this role, she led the teams that supported and delivered integrated liquidity, cash management and lending solutions and services to financial advisors and high-net-worth clients in Latin America, Asia and Europe.

Ileana held several leadership roles in the domestic, international, and affluent banking platforms at Bank of America and JPMorgan Chase, where she lent her talent in growing the cross-border wealth management business.

Ileana was recently named to the Girl Scouts National Board (GSUSA) and sits on the Corporate Advisory Boards of the Association of Latino Professionals for America (ALPFA), Florida International University Honors College and the Cuban Heritage Collection at the University of Miami.

Ileana was recognized to the 2019 MAKERS class of Morgan Stanley Wealth Management. Last year Latino Justice recognized Ileana with the 2019 Latina Trailblazer Award honoring her professional and personal achievements in opening doors and new opportunities for other Latinas. Additionally, she was named to ALPFA’s 2019 Most Powerful Latinas in corporate America list for a third year in a row as previously featured in Fortune magazine. In 2016 Ileana was awarded the 2015 Top 10 Corporate Executives of the Year by Latina Style magazine.

Kim Davis currently serves as Senior Executive Vice President, Social Impact, Growth Initiatives & Legislative Affairs at the National Hockey League, the premier professional ice hockey league in the world. In this capacity, Kim leads a role reporting to NHL Commissioner Gary Bettman to attract, develop and retain fans — with a specific focus on multicultural audiences — through culture, youth participation, and social impact initiatives. “Kim’s professional experience uniquely qualifies her to ensure that our League is growing the game of hockey by demonstrating the leadership principles and values in communities and with all stakeholders that can ultimately lead to new and increased fandom,” said Commissioner Bettman. 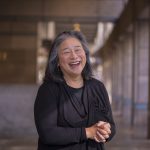 Tina Tchen serves as president and CEO of TIME’S UP Now and the TIME’S UP Foundation, overseeing the organizations’ strategic plans to change culture, companies, and laws in order to make work safe, fair, and dignified for women of all kinds. In 2017, Tina co-founded the TIME’S UP Legal Defense Fund with Robbie Kaplan, Fatima Goss Graves, and Hilary Rosen; since then, the Fund has connected thousands of people to legal or PR support for sexual harassment across dozens of different industries.

A former assistant to President Barack Obama, executive director of the White House Council on Women and Girls, and chief of staff to First Lady Michelle Obama, Tina has worked to advance gender equality, particularly for working women. At the White House, Tina spearheaded the first-ever White House Summit on Working Families and helped form the White House Task Force to Protect Students from Sexual Assault.

Prior to taking the helm at TIME’S UP, Tina was a lawyer specializing in workplace culture, advising companies on gender inequity, sexual harassment, and diversity. She has served on numerous strategic advisory boards for organizations, businesses, and nonprofits, including the United State of Women, which she continues to co-chair.