Girls learn a lesson that boys don’t around kindergarten age. They learn to believe that boys are smarter. This bonus course in self-perception is going largely unnoticed, even when the evidence made headlines last January. It turns out that while our girls might not hit the external glass ceiling until their 30’s, they are building their own internal one, starting before first grade.

Before age six, boys’ and girls’ equal IQs are reflected in their outlook – boys show a tendency to see males as “very, very smart,” and girls equally perceive brilliance as a female trait. Then, at age six, at the onset of formal education, something shifts in the girls, and a recent study shows that they start to see brilliance as more of a solely male trait. As soon as girls adopt this self-stereotype, their more limited interests follow.

When this data came out, I suspect that most of us parents thought, ‘not my kid,’ and went on with our day. Have you seen the confidence of a pre-school girl? It seems impenetrable. Their skin is made of Wonder Woman cuffs.

So it was surprising to see the findings re-surface six months later on Sunday Nights with Megyn Kelly. Ms. Kelly’s profile brought the research’s implications home as we watched smart, confident, articulate girls choose the male as the character most likely to be the brilliant one in the study’s genderless scenarios.

The parents’ heartbreak is palpable. These are privileged parents who explicitly always told their girls they were smart, “as smart as their brothers.” We are watching them witness the real and negative impact of socialization in real time. Megyn Kelly confesses that even her own daughter picked ‘the dude in the suit’ as more likely to be intelligent than his long-haired counterpart.

It can be hard to see an invisible, internal shift in identity as critical when girls are doing so well in school, and out-performing boys all the way through college graduation. But these six-year old girls don’t correlate school grades and intelligence. The researchers found that, “There was no significant correlation between girls’ perceptions of school achievement and their perceptions of brilliance.” Intelligence is a gift, but achievement is effort. This self-perception as the less-intellectually-competitive worker-bee has long-term implications on what classes and careers girls will consider. Carol Dweck takes it one step further to see the societal implications, “If life were one long grade school, women would be the undisputed rulers of the world.” 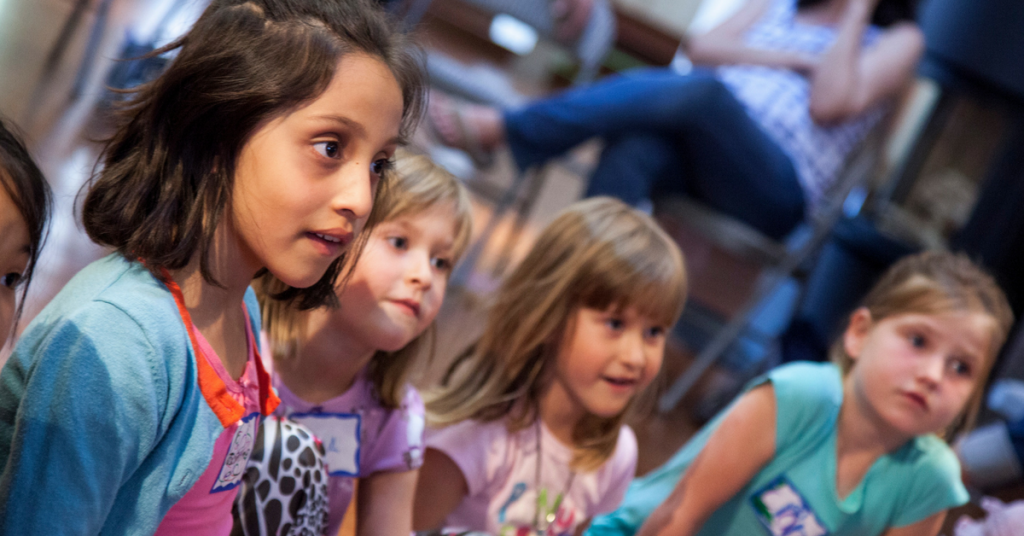 In 15 years of working with parents and caregivers of girls, I have yet to meet a parent who says that grades, or academic achievement, is the most important thing for their girl. The parents I’ve met want their girls to be confident, to know their self-worth, to become self-defined, and to be resilient in the face of inevitable challenges—all invisible, internal assets. They confess that it is the growing demands of the college admissions process that keep them focused on building the paper resume, rather than the internal one.

Sarah-Jane Leslie, the study’s co-author, declares “This is a call to arms, this is something we need to change.” At Girls Leadership, we feel the urgency of this call each week when parents and principals ask us, “Why girls?” or when they let us know, “We can’t offer anything to our girls that we can’t also offer to our boys.” There is a common belief in the school systems, driven by academic achievement rather than wellness or self-definition, that if girls have equal opportunities to the boys, they have equality.

Opening doors for our girls is a necessary first step, but what good are those doors when girls are taught at such an early age that those doors are not for them? There is no magic bullet for the loss of confidence that follows girls from middle school through college (young women graduate less confident than when they enter college), but sharing and talking about this study can be a catalyst for awareness and programming that addresses unique needs for our girls, starting as early as kindergarten. Instead of making our daughters ‘kindergarten ready,’ lets get kindergarten truly ready for them.

BY SIMONE MAREAN     ON PARENTING

Find a program near you