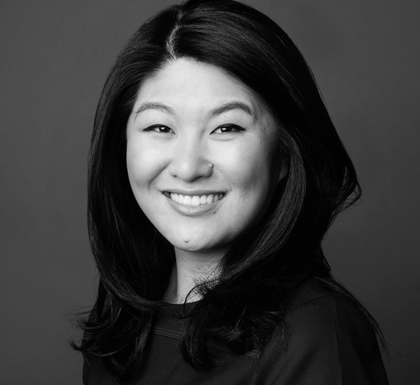 Prisca Bae joins the Asian American Foundation from the private sector where she designed and launched philanthropic and social impact initiatives centered around communities of color and women.

At PepsiCo, Prisca oversaw the gender diversity and women’s strategy for the Global Diversity & Engagement Center of Excellence. She helped develop and launch a $100 million commitment to women and girls and worked with leaders company-wide on gender parity and pay equity issues. She also served as chief of staff to PepsiCo’s Global Public Policy and Government Affairs group. Prior to PepsiCo, Prisca advised companies and nonprofits on strategic women’s initiatives as Vice President at Seneca Women, the advisory firm founded by the former U.S. Ambassador for Global Women’s Issues, Melanne Verveer. Before joining PepsiCo, she served as the inaugural Director of the Women in the World Foundation, a public charity founded out of Tina Brown’s Women in the World Summit at Newsweek & the Daily Beast and managed Goldman Sachs Gives, a billion dollar charitable fund for the partners of Goldman Sachs.

Prisca began her career as an attorney at Latham & Watkins, LLP and received her B.A. from Columbia College, Columbia University and J.D. from the University of California, Berkeley School of Law.

She currently serves on the boards of The Roger Lehecka Double Discovery Center at Columbia University, the Korean American Community Foundation and The Li.st, a community of high impact women in media, business and tech. Prisca was born in South Korea, was raised in Chicago, and is currently based in New York City.