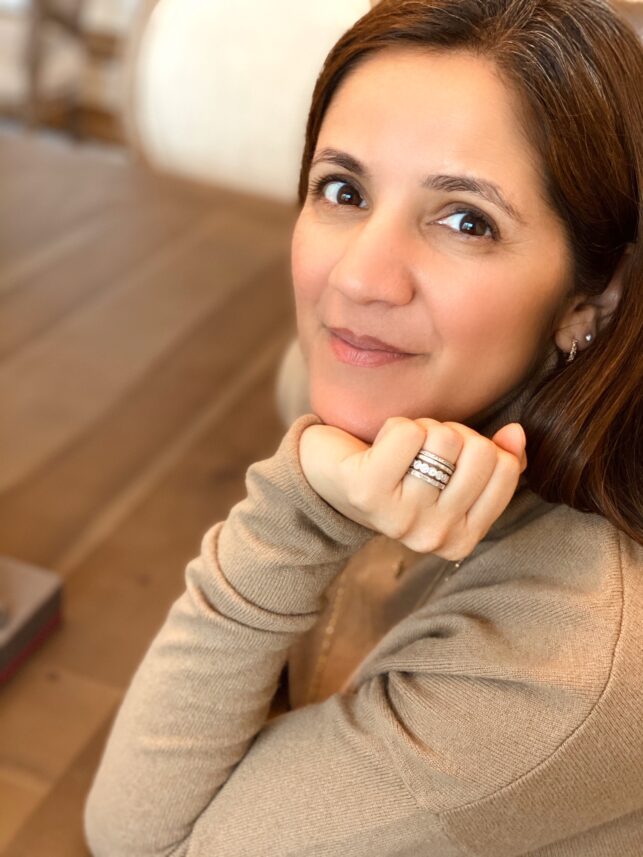 Pratima Sethi, a Bay Area native, is the founder of the fine jewelry brand Sethi Couture. In 2009, she started her own business creating fine jewelry made to celebrate women, their unique journeys and elevating the everyday. Today Sethi Couture is carried in over 100 retailers across the country including Nordstrom, as well as its own “Sethi” flagship store in downtown Los Altos.

Previously, Pratima followed the Silicon Valley story by starting her career in IT Consulting at Price Waterhouse Coopers and later at a tech startup. A few years later, she took her love of fine crafted products and her refined aesthetic to Louis Vuitton to launch a career in retail operations and merchandising.

Currently, Pratima also serves on the Woodland School Board of Trustees where she co-chairs the DEI Committee and has been involved with the Advancement Committee. She has also served as the President of the Alumnae Executive Committee and member of the Board of Trustees at Castilleja, an all-girls school in the Peninsula. Pratima lives in Emerald Hills with her husband and two daughters.