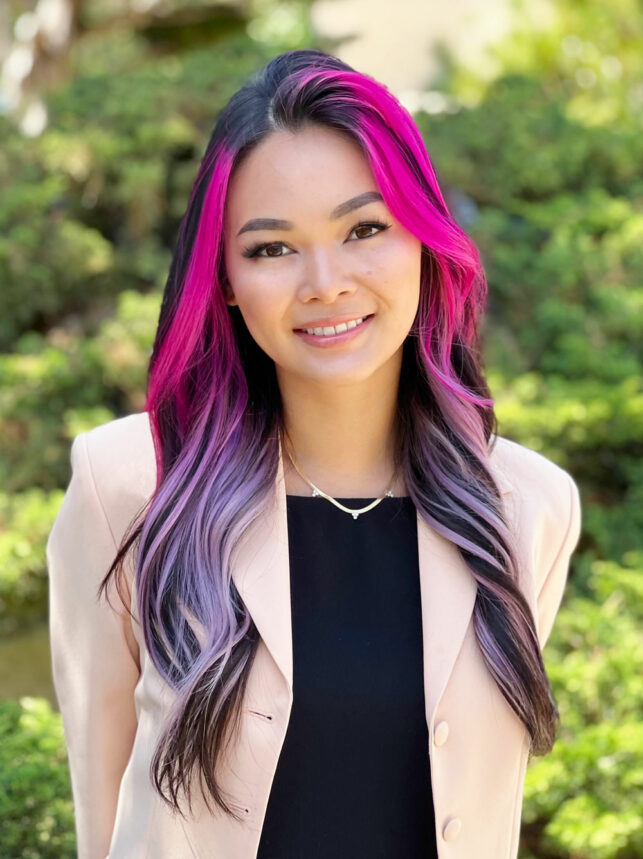 Minh-Tam Nguyen is a first generation Vietnamese-American artist and designer practicing in Los Angeles, California. She joined Mattel’s Barbie Face Design team in 2017 and fell in love with the role because it allows her to use her talents to advocate for racial and ethnic representation in the toy industry.

During her time at Mattel, Minh-Tam has designed high-profile dolls such as the KITH x Barbie Collaboration, the 2022 Lunar New Year Barbie, and the entire Barbie EXTRA Line. Her designs are sold in over 150 countries and her work has been featured in global publications including VOGUE UK, HypeBeast, and High Snobiety. In 2022, she designed an astronaut Barbie that was sent to outer space with Mission Dreamstar! Minh-Tam is currently working on the new Disney Princess Fashion Dolls that are set to release in Spring 2023. Throughout her portfolio of work, Minh-Tam’s highest priority is to respect different cultures. She does this by performing extensive research in order to capture the idiosyncrasies in a face that can make the underrepresented feel seen.

While Minh-Tam finds joy for art and design in various mediums, she is grateful to lead in a role that perfectly aligns with her values. She holds a BFA in graphic design from the School of the Art Institute of Chicago and enjoys eating, petting her cat, and dancing on a hip-hop team in her spare time.