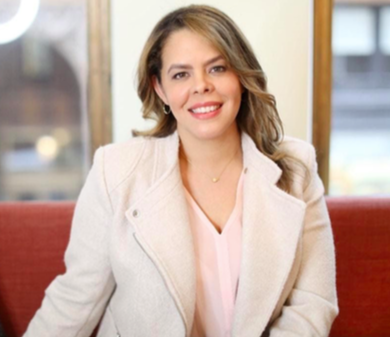 Karina is Co-Founder of OpenAccess, a boutique talent strategy firm working with companies to close the gender equity gap in the workplace. The firm places executive women in leadership roles and shapes workplace cultures where women can thrive.

Prior to OpenAccess, Karina spent more than a decade working at the highest levels of government. At the Obama White House, Karina led the Congressional Affairs and recruitment efforts within the Presidential Personnel Office. She created strategies to recruit world-class talent to join President Obama’s political team across all agencies, contributing to the most diverse federal workforce in history.
‍
Previously, Karina worked as a Special Advisor to U.S. Senator Kirsten Gillibrand where she advocated on behalf of women and families. She also spent a number of years working for New York City Comptroller William C. Thompson where she helped connect underserved communities to financial services and educational resources.
‍
Karina is a tireless advocate for her community. She serves on the Community Advisory Panel for KQED and is a board member of the Girls Leadership. Karina has been featured in Forbes, ABC News 7 and Univision. She was named Latina of the Year for El Diario La Prensa, the oldest and largest national Spanish-language newspaper.