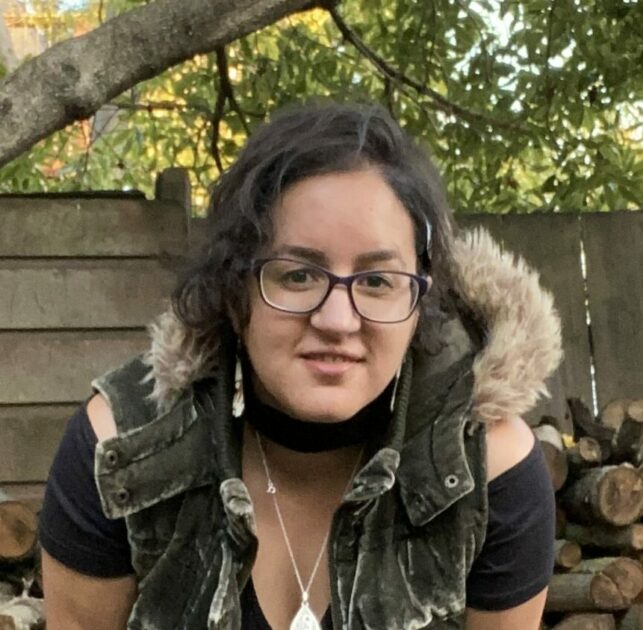 Hénia Belalia is currently a guest and a settler on occupied Ohlone territories. A French-Algerian native, raised between the inner-cities of Paris and her ancestral village, she moved to the Bay Areas as a youth.

In her former life, she was a theatre director and the co-founder of the sociopolitical theatre troupe Teatrofilia in Zaragoza, Spain. Today, she is a Theatre of the Oppressed practitioner (and eternal student), and firmly grounded in the belief that art can be used as a tool for liberation.

For the last 10+ years, she has been involved in community organizing around racial, social and environmental justice issues including migrant rights, prison solidarity, land defense, indigenous sovereignty, and community self-defense.

She has been working with youth for close to 20 years, mainly in after school programs, but also in the classroom, through community-based organizations and as a summer camp counselor (that one time!). Most recently she designed and facilitated a full media-literacy-meets-social-justice program for self-identified teen girls and gender expansive youth.

She is a published writer and a conjurer of stories from the margins. She loves stories and the process of storytelling, especially those from voices who’ve been systematically erased, invisibilized, or stolen across generations.

In her free time, she most enjoys spending time with the land, in circle with loved ones, attending concerts (or being backstage as a stage manager for said concerts), and cooking up recipes passed on through her grandmother.